The event is free and will take place online, in BigBlueButton.

Students, members of the university as well as the general public are very cordially invited.

Russia and Hungary shut down the Gender Studies programmes from their universities, Rumania announced to do the same, Bulgaria is reported to constrain Gender research projects and also in countries like Poland, Sweden and Belgium the pressure on the subject is rising. Further, in Germany and Switzerland, right-wing based attacks against the discipline have been observed for a couple of years. Those, who lash out against the discipline and its researchers are – occasionally unlikely – alliances of heterogeneous actors: Right-wing movements, conservatives, religious groups and spokespeople, populists and subcultural extremists as well as established professors.

While not completely new, these events and dynamics deserve attention, solidarity and careful observation and analysis, as well as the urgent question on where to go from here. The connection of Gender Studies as a prime opponent of various right-wing actors reveals the powerful society shifting character of the knowledge and discourse they produce. This connection itself is a still too often overlocked aspect in the urgent question of how to fortify and defend democracies in current times.

In the symposium we invited two experts who will both share the perspectives and experiences from these countries. After the talks there will be a mutual discussion.

Agnieszka Graff (University of Warsaw, Poland): The Anti-gender Frontier: How and Why is Eastern and Central Europe Special?

The anti-gender movement is a well-networked transnational phenomenon; neither the discourse nor the activist manifestations are peculiar to Eastern Europe. Hence, it has been argued that the East-West divide is irrelevant  to it (Patternotte and Kuhar 2018). My claim is that geography does, in fact, matter. There are reasons to argue not only for an Eastern European specificity, but also for the region’s special place in the anti-gender imaginary and strategy. First, campaigns in the region rely on anxieties and antagonisms specific to the region and rooted in its history. ‚Gender' feeds into anxieties about ‚imitation’ (Krastev, Holmes 2020) that are central to the region’s anti-liberal turn. Second, due to the relative weakness of women’s and LGBT movements, lack of institutional and cultural entrenchment of gender studies in the region, and the power of the populist right, the campaigns have been remarkably effective. In Poland and Hungary it is less a struggle for hegemony than a series of vilification campaigns in the context of rising authoritarianism. Third - and this part is perhaps the key to the whole conundrum - the anti-gender worldview itself includes the claim that the East is morally superior the West, and thus destined to save it from  ‚gender ideology'. The movement’s imaginary is filled with references to invasions from West to East, and the regions status as a frontier.

Agnieszka Graff and Elżbieta Korolczuk showed that the anti-colonial argument is “the key discursive strategy” in the right-wing anti-gender discourse (2018). Pope Francis famously spoke of the so-called gender ideology as an “ideological colonisation” – this trope is routinely invoked in the rhetoric of the Right in East-Central Europe (ECE) too. However, simply analysing this discourse does not give a clue about why they mobilize these tropes, and why these resonate – and most importantly: whether they are based – at least to some extent – in social realities. I suggest to look behind these accusations and to contrast them with material realities: with reference to actually existing power relations in the global and European gender architecture.

While the rise of neither the anti-gender, nor of illiberal forces is an ECE phenomenon per se and should not be treated as such –as it often occurs within the transitology paradigm, i.e. that these would be signs of ‘immature democracies’, and of ‘democratic backsliding’, while also neglecting similar tendencies in Western countries –, the relevance of the geopolitical embeddedness of gender equality policies, of gender studies and feminist and LGBT politics for the right-wing rhetoric cannot be underestimated. I argue that anti-gender politics is a right-wing language of resistance against existing material and symbolic East-West inequalities. 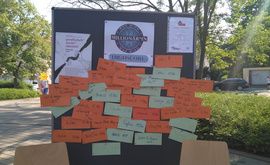 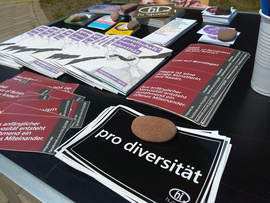 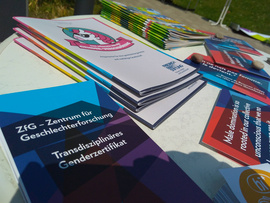 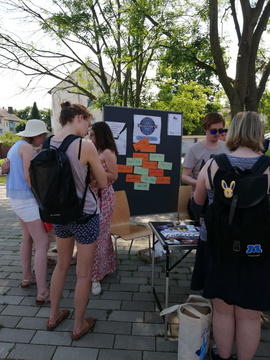 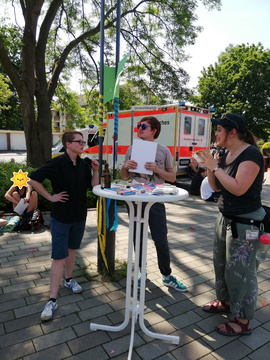