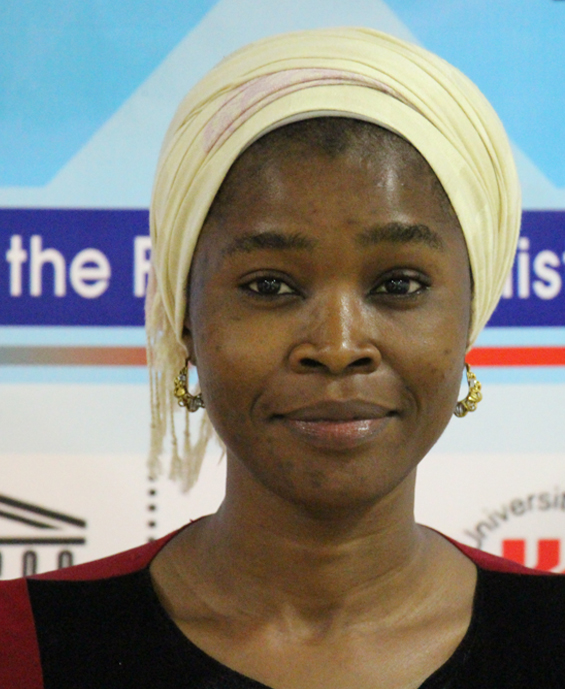 Insurgency and conflict have become global phenomena with every country facing similar crises; an increased incidence of the destruction of cultural properties and looting has been observed during such conflicts.

My research will evaluate what the Internally displaced persons (IDP) have lost in terms of their material cultural and what they were able to salvage of their tangible culture as a result of the insurgency. Boko haram is a controversial Nigerian militant group founded by Mohammed Yusuf in 2001. The group has engaged in an insurgency that has led to the displacement of over 2 million people from their towns and villages with over twenty thousand people killed. As a result, the cultural heritage of the people displaced from their homes and communities has suffered destruction, which has affected their lives and properties, as they have been completely alienated from their culture, which is a vital component of everyday survival and civilization. It is important to note that with the coming of the insurgents and loss of lives and the tangible culture of the IDPs, there’s a need to document what remains, especially of the tangible culture.

The displacement of people by the activities of Boko Haram has resulted in discontinuation of people’s ways of life as they lack the means and support to continue with their artisan activities, which promotes their tangible culture. Since those displaced from their towns and villages now live in camps, many of their artistic practices have been halted.  It is therefore my goal, to document what remains of the tangible culture of the IDPs, which will help in assuaging their grief over what they have suffered during the insurgency.

We should, however, note that these objects are important to the development and growth of any human civilization and history as they represent our past, present and future. Thus, protection and preservation of the culture becomes the duty of every citizen as damage to our cultural property means damage to our cultural heritage and invariably alters human civilization, as it is the case of the victims of the Boko Haram insurgency.

With the wanton level of destruction of towns and villages in the northeast of Nigeria by the terrorist group Boko Haram, it is certain that the tangible culture of the peoples were well destroyed. It is, however, not certain what has been destroyed and what remains untouched. It is my wish to fill In the gaps, and try to access and make inventory of what has been lost and find out how to salvage what is left and preserve it for generations to come. In doing this, the SDG goal 16 and 17 will be attained.

Fatima Bukar Hassan is a Curator/Visual Arts Officer with the National Council for Arts and Culture in Abuja, where she is charged with the responsibility of the promotion and development of the living arts and culture. She is a practicing artist and her media are not defined. She works with materials found around her and simply fuses them into an art piece. Instead of throwing out used beads or materials found around the house, she works on incorporating them into her work. She studied creative Arts at the University of Maiduguri, Borno State, and majored in Museology. She is presently taking part in her MA program at the University of Maiduguri with the SDG-Graduate School. Her research work looks at the impact of the Boko Haram insurgency on the tangible culture of the Northeast. The insurgency in the northeast in Nigeria has displaced hundreds and thousands of people from their homes; she is trying to evaluate what aspects of their tangible material culture was lost as a result of the movement and destruction of their homes and properties and what little they were able to save and carry along with them to the various Internally displaced person’s camps.