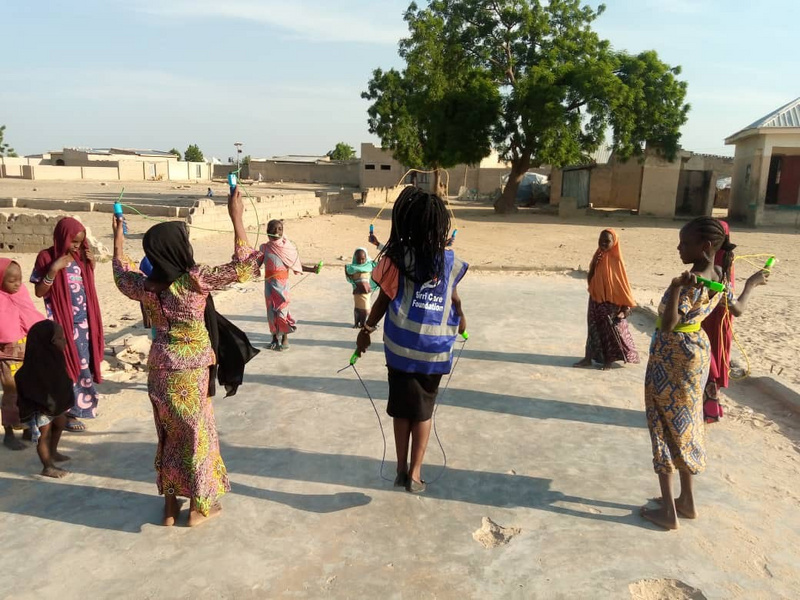 Teil 6 der Serie “Forschung in Zeiten der Pandemie”: The Corona pandemic, says Susan Binwie Tanwie, has affected her scientific research in both: positive and negative ways. The 30 year old woman from Cameroon is a PhD scholarship holder in the interdisciplinary Graduate School “Performing Sustainability. Cultures and Development in West Africa“ at the Centre for the Study and Promotion of Cultural Sustainability, University of Maiduguri, Nigeria. The Graduate School is implemented in collaboration with the UNESCO Chair “Cultural Policy for the Arts in Development” and the Center for World Music at the University of Hildesheim. She has been on the PhD programme for about one year now. Susan Binwie Tanwie studies cultural practices for peacebuilding by taking the example of interaction of children from different ethnical backgrounds in a camp for internally displaced persons in North East Nigeria.

„My worry now is about the methodology I intend to make use of: ethnography“ says Susan Binwie Tanwie. This approach entails living with the community and having a lot of contact and interactions. „Some will say we do so virtually – but come on! This is a community that depends on humanitarian assistance for almost every aspect of their lives. Most of the people here don’t even own a cell phone nor have the resources to maintain one if they do.“

Published on 20 January on the following page: https://www.uni-hildesheim.de/neuigkeiten/the-pandemi/