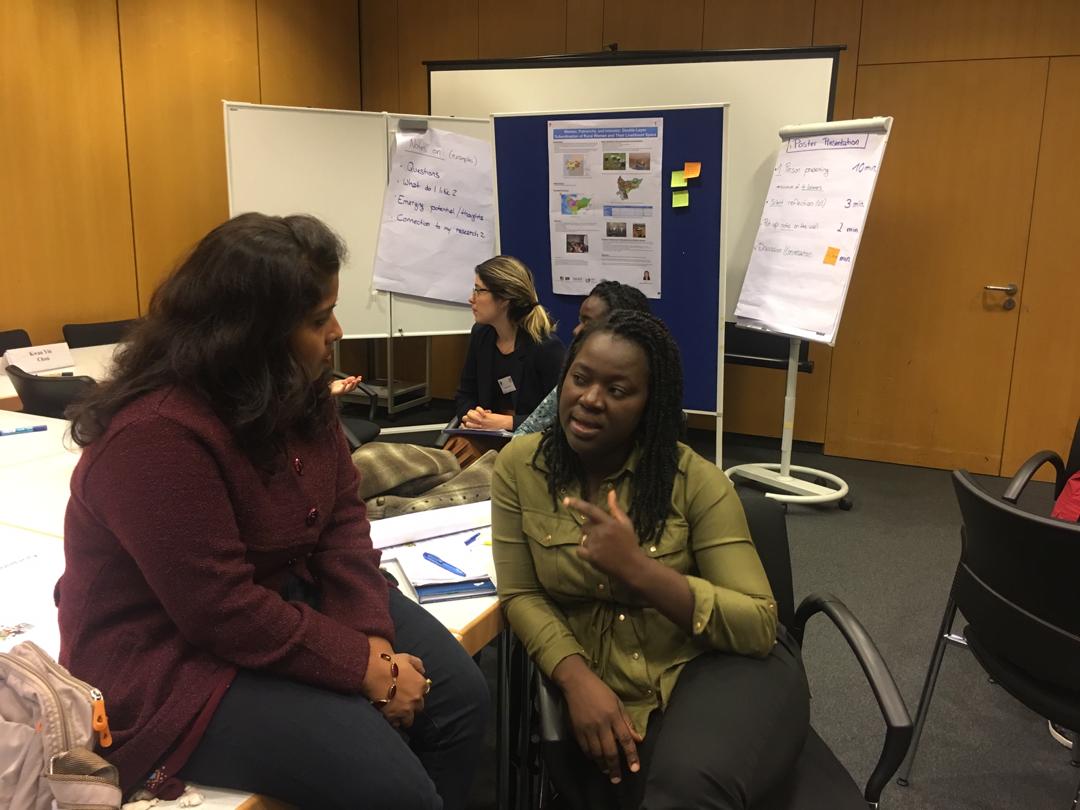 Right to Livelihood College (RLC) Workshop “Mobilization for Change: Marginalized People and Their Access to Opportunities and Resources in a Developing World”, Bonn – Germany, 25-30/05/2019

The Right to Livelihood College (RLC) is a global education and research initiative of universities and the Right Livelihood Award Foundation, also known as the “Alternative Nobel Prize”. The college is situated at the Center for Development Research (ZEF) at the University of Bonn. The college is supported by the German Academic Exchange Service (DAAD) and its mandate is to serve as an international incubator for developing, promoting, and multiplying science-based practical solutions for sustainable development. The RLC Campus Bonn organizes two larger international workshops with Laureates of the Right Livelihood Award, development practitioners, researchers as well as outstanding doctoral students from all over the globe. This year, 18 doctoral students out of 375 were selected for the workshop from over 16 countries. The theme for the workshop was “Mobilization for Change: Marginalized people and their access to opportunities and resources in a developing world”.

The RLC workshop is what we will describe as a participant-to-participant workshop. This is so because most of the workshop sessions were run by the participants where panels were set and had parallel sessions going on. The themes for the doctoral researches were gender, resource conflict, distributive justice, fostering and care, law, peacebuilding, food security, human rights, civil society engagements, among others. The style of the workshop gave us the opportunity to present and to discuss our own research in an expert setting. In a day, we had nine presentations all together. The conflict management aspect of Sabina’s research was of much interest to her panelists. They suggested the need to avoid the military approach and shift power to the locals in managing the conflict. This way the management would be long lasting. Similarly, the applied drama approach proposed by Alasambom in his work was a subject of much curiosity, especially as it seems to answer more directly one of the preoccupations discussed in the workshop: How do we bridge the gap between knowledge and practice? How does our work benefit the target communities?

We were privileged to have with us Hellen Mack Chang, a Human Right Activist and Right Livelihood Awardee who shared with us her experiences and also participated in our various parallel presentations. After listening to a couple of our parallel presentations, she was so glad to know that participants are solving humanity’s problems from our various origin and advised that we keep it up.

The workshop was also linked to the Global Media Forum (GMF) of the Deutsche Welle. Helen Chang as an intentional figure who gave a talk on “Civil society: Driven by networks?” as part of a TV-recording. Nonetheless, most of the doctoral workshop participants could not attend this session because of the language barrier, as she delivered in Spanish. That notwithstanding, workshop participants seized the opportunity to explore various panels of the GMF with the overall topic of “Shifting Powers”.  Sabina personally attended one on “Shifting powers to the locals”. In this presentation, the journalist argued the need to shift powers to local people and her media house did so by recruiting local journalists from their respective places where there are issues. As she was so into her approach, the panelist reflected it back to her that the process could be okay but with great limitations and flaws: the idea of positionality, accuracy and authenticity are questioned. The GMF also gave us the opportunity to network with media personnel and Sabina connected with some journalists from Ghana Multimedia company and a new network who is a DW Akademie country coordinator for Ghana. Alasambom on his part attended a podcast talk show on “Artificial intelligence and the arts”, with a robot named “Sophia” in attendance. This robot actually answered questions from the presenter at some point, relative to whether it (she) would consider writing novels at some point. She (it) was not so enthusiastic about writing but would rather paint. This linked to a documentary on machine assisted painting, based on digitalizing painting styles from various classical fine artists encoded digitally to be reproduced by a robot hand on paper. During ensuing discussions panelists were hesitant to admit this type of painting as art, arguing that it is just reproduction.

We also had an extraordinary experience during the GMF workshop: dinner in a boat ride, a spectacular and a first time experience for us. Coincidentally, it was Alasambom’s birthday. It was social time which we enjoyed to the maximum. The next morning in our workshop recall time, we were tasked to recount the previous day’s experiences in a drama form. Very hilarious and creative pieces were thus developed.

The RLC workshop “Mobilization for Change: Marginalized people and their access to opportunities and resources in a developing world” was thus a very enriching experience for us as it enabled us to exchange ideas from our peers in other countries and continents of the world. It made us to understand that despite differences in race, language and culture; we face similar challenges; hence the need to network and brainstorm on research methodologies that could help seek sustainable solutions to global issues. We also learned a lot from the methodologies, policies and practices implemented in other contexts, some of which could also be effective in our own national contexts. We therefore hope to have more of such opportunities in future whenever possible.