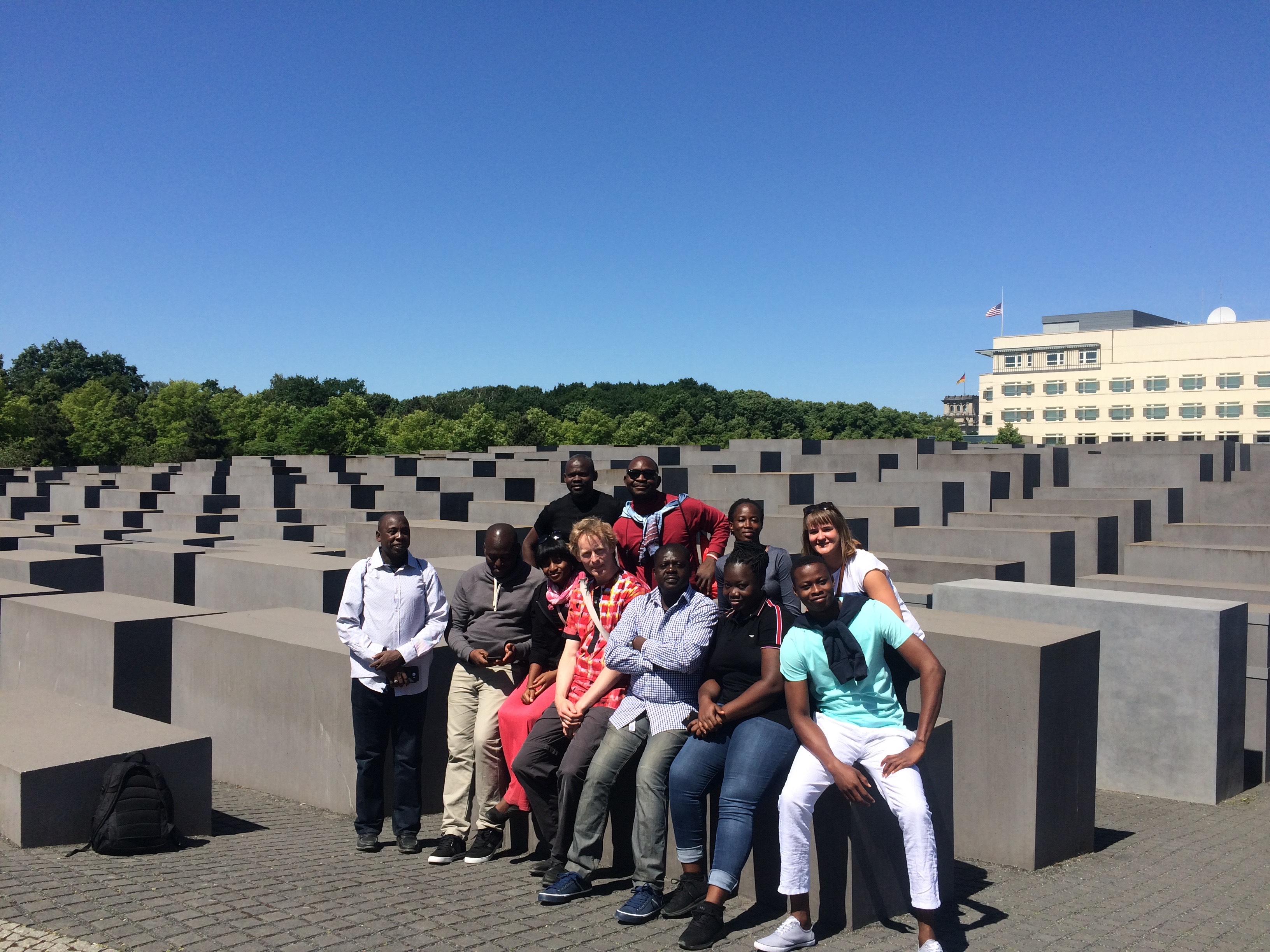 There are a million reasons to love Berlin. From the exquisite skyscrapers to the wisdom of ancient architects, from beautiful lawns to hand dug lakes dated to the first world war, the city is replete with so many scenes that catch the eye. More to this, the city gives foods for thought and a reason to reflect over so many sites, issues and initiatives.

Crossing the wide boulevard after emerging from one of the most complex train stations in the world with confusing layers of rail networks, I found myself an uninvited visitor to the premises of the Bundestag. This visit exposed me to a scene of an international political and humanitarian event that happened on 16 June 2015, entiteled ‘The Dead are Coming’, when the lawn of the German parliament was turned to an improvised cemetery in a show of concern to Middle Eastern and African migrants that died on their way to Europe. It started with the death of some migrants in Italy and the Center for Political Beauty, (which calls itself an “assault team” vent on making Germans to learn from the Holocaust) viewed it a consequence of political decisions. Not necessarily of the German Bundestag but of European decision makers across the continent to fortify borders and control massive entry of foreigners that results in the death of helpless migrants. The lawn was turned to graveyard regardless of the fact that Germany is one of the few countries in Europe that supports the idea of apportioning quotas to all countries across Europe in order to reduce the burden of front border states like Italy and Greece. As a student of migration and displacement studies, I also view it as a billiard ball game, where actions in faraway countries can have effect in other countries that are not directly connected to the issues at stake – violent conflict in Africa and the Middle East results in refugee crisis in another continent.

Few meters away from the ‘cemetery’ is another magnificent memorial. Conceived in 1999 and opened to public in 2005 are 2711 concrete slabs covering 19000 square meters in the middle of the great city designed as memorial for the murdered Jews of Europe (Denkmal für die ermordeten Juden Europas). It serves as a consolation, a permanent and exalted condolence message not in words but as an open site that can be visited at all times to immortalize the victims of the holocaust. I learnt from the visit that not even two of the concrete slabs are exactly alike and these different shapes and sizes depicts not only expertise of the designers but may be interpreted by visitors as a sign of diversity and acceptance situated in the concept of remembrance. Though not lucky enough to visit the underground rooms, we were lectured that it provides information about the victims and the survivors of the holocaust. Information about their names, families, pictures and videos of activities as well as individual diaries and letters that explain the lives and fates of the Jews during and after the holocaust are kept to facilitate history lessons, school activities and for visitors like me who are interested to know. From whichever side one approaches the site, the concretes are shorter and forms a wave-like, undulating arrangement but as one moves in, they grow taller and one begins to drown in the ocean of concrete slabs. To a visitor, they give an ambience of a graveyard full of tombstones designed to recognize and remember those who were burnt, thrown into the bush or given mass burial.

The third most impressive scene during my visit to the colorful city of Berlin is the Karneval der Kulturen. Imagining a scene with over a million people gathered to watch a colorful and artistic display of global diversity in the way we eat, dress, sing and dance is to say the least, awful, exciting and educating. The carnival presents the city as a melting pot of traditions where several ingredients are used to make the soup.

Berlin, a site I visited, a sight to remember.