Vortrag: Rolf Elberfeld „A History of Philosophy in Global Perspective: Some Reflections“

„A History of Philosophy in Global Perspektive - Some Reflections“

The humanities are currently changing fundamentally in the horizons of globalization. While histori-ans understand history within the framework of global interdependencies more and more now, only some approaches have been evolved for a global interpretation of philosophy in its history and its contemporary situation so far. It is therefore necessary, for a global future of philosophy, to draw up a history of philosophical thought in a global perspective, in which the Euro-centric narrowness in philosophical historiography is overcome. This narrowness arose mainly in the 19th century in Europe and have largely shaped the image of philosophy in the 20th century, not only in Europe but also for the rest of the world. In addition to European philosophy, the philosophy in India, China, Korea, Japan, Africa, South America, the Islamic, the Buddhist and the Jewish world must be included in the global perspective. The paper will will discuss some methodological issues and outline first content proposals for the structuring of a history of philosophy in global perspective. 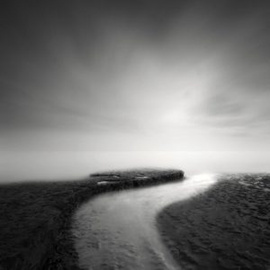