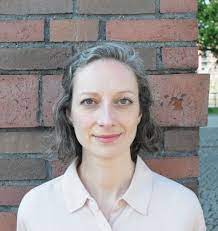 (Tropes of Freedom. The Haitian Revolution as a Challenge for Philosophy - Talk in German Language)

If the Haitian Revolution, following Michel-Rolph Trouillot, breaks the conceptual frame of reference of the Enlightenment and the democratic revolution, how can it be interpreted in the terms of a post-Enlightenment philosophy? Taking C. L. R. James' counter-canonical work The Black Jacobins. Toussaint L'Ouverture and the San Domingo Revolution (1938) as a point of departure, my lecture will develop an answer in three steps. First, I will problematize the disciplinary practices and epistemological as well as methodological limitations of a philosophy whose concepts fail this radically abolitionist revolution because of their unacknowledged complicity with colonial myths and metaphors, fantasies and fictions. Second, based on James's revolutionary epic and his critique of the master concepts of a colonial liberalism as well as those of an orthodox Marxism, I will develop an interpretation of the Haitian Revolution in its mythopoetic dimensions. Particularly James's staging of Toussaint Louverture's revolutionary dramaturgy allows us to understand the revolution as an escalating process of empowerment which unfolds through abusive representations and resignifications that overwrite both the constitutional and the proletarian script of revolution. Lastly, following James' reflections on a subsequent revision of the Black Jacobins as the Black Sansculottes, I will foreground some obliterated figures - Romaine-la-Prophétesse, Ezili Dantó and Défilée - whose representations in the written and oral archive of the Haitian Revolution allow us to better understand the contradictions of this emancipation with regard to gender nonconformity, care and mourning.

Dr. Jeanette Ehrmann is a postdoctoral researcher in the research and teaching area Political Theory at the Institute of Social Sciences at Humboldt University in Berlin. She received her doctorate in political science from Goethe University Frankfurt with a dissertation on the Haitian Revolution (Tropes of Freedom. The Haitian Revolution and the Decolonization of the Political, Suhrkamp 2022), which was awarded the 2019 Werner Pünder Prize for outstanding research on the subject of "freedom and domination in past and present". In her new project "Unsettling the Coloniality of Democracy", she introduces the concepts of coloniality and racialityto democratic theory to interrogate the colonial foundations and dimensions of Western liberal democracy. As part of this broader project, she led the HMWK-funded research project Postcolonial Gender Relations and the Crisisof Democracy (2019-2022) at Justus Liebig University Giessen. Previously, Jeanette Ehrmann was a researchassociate at the Frankfurt Research Center for Postcolonial Studies at the Cluster of Excellence "The Formation of Normative Orders" at Goethe University Frankfurt, a fellow at the Hanover Institute of Philosophical Research(FIPH), a visiting scholar in the Critical Theory Cluster of Northwestern University, a guest lecturer at the Institutode Filosofía at Universidad de Antioquia, Medellín and a visiting researcher at the Université d'État d'Haïti, Port-au-Prince, the Université Paris-1-Panthéon Sorbonne and at the University of Oxford. In the winter semester2020/21, she substituted the professorship of Political Science at the University of Koblenz Landau. Currently, she is a speaker of the section "Gender and Politics" in the German Political Science Association and a board member of FG DeKolonial - association for antiracist, postcolonial, and decolonial thought and practice. For the winter semester 2022/23, she received a Career Development Award by the Berlin University Alliance for her current research project. 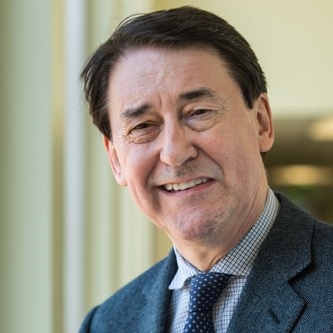 Academic Philosophy's Institutional Failure in the Face of Debates, Historical and Current, about the Legitimacy of Chattel Slavery

There has recently been an increased focus on the racism of such canonical philosophers as Hume, Kant, and Hegel, and this has raised pertinent questions about how their philosophies should be taught. But there is a larger issue that arises from the widespread failure of academic philosophers to embrace the attacks on slavery as and when they occurred among their contemporaries throughout the modern period. In our own time this failure is reflected in the almost negligible attention that current historical studies of moral and philosophical philosophy give to the issue of slavery. Whereas many other institutions are reflecting on their complicity with the perpetuation and cruelty of chattel slavery, academic philosophy as an institution continues to ignore or diminish the issue. After documenting some of these failures, this paper goes on to address how the history of Western philosophy must be rewritten as an urgent matter of corrective justice.