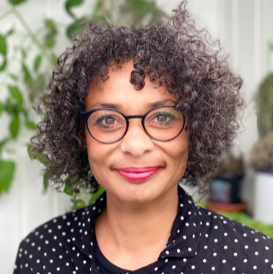 Black feminist movements and black feminist theory articulate themselves transnationally and globally; they draw lines of connection between diverse afrodiasporic, afrocentric, panafrican perspectives and those that locate themselves directly on the continent. Emerging from struggles against enslavement and over-exploitation, gender and sexuality are often significant, but they interact with their specific origins in analysis and struggles. Using various black feminist struggles as examples, the paper aims to show the extent to which gender and sexuality entail specific lines of exploitation and what this can mean. Furthermore, the paper turns to central theoretical categories and their meaning for feminist theory from a black feminist perspective and discusses which broadening is needed and which questions need to be given more consideration if we want to give more weight to the question of global justice in feminist theory.

Denise Bergold-Caldwell, Dr. (phil.) is a university assistant (post-doc) at the Center for Interdisciplinary Gender Studies (CGI) at the University of Innsbruck. She received her PhD in Education Science from Philipps University Marburg and was the Assistant Manager at the Center for Gender Studies and Feminist Futures at Philipps University Marburg until April 2022. She is interested in black feminist theory, critical post- and decolonial theories, and educational theory(s) in these contexts. She lectures on these topics outside of academic contexts and works with and in social movements. She is a member of the Initiative Black People in Germany (ISD) and the Black queer feminist cultural forum ADEFRA. 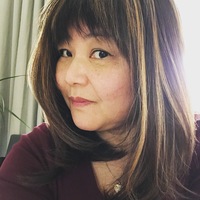 Among the non-European and non-North American feminisms, various post- and decolonial feminists from South Asia (India in particular), South America, and Africa have made substantial contributions to critique Anglo-European white feminisms. Although non-Anglo-European, however, there is a curious absence of the voices from East Asia – China, Japan, Korea, and Taiwan. They are neither a part of the white Anglo-European feminist debates nor among the post- and decolonial debates. Within East Asia, Japan was a colonizer of Korea and China. Taiwan was colonized by Japan and China. The histories of intra-East-Asian antagonisms make it nearly impossible to represent “East Asian” feminisms. On the other hand, their colonizations were always cast in terms of necessities against the Anglo-American imperialist global order. In this presentation, I offer a diagnostic about “locating East Asian feminisms” – the theoretical difficulties in representing the feminisms in East Asia show both the limits of the “feminisms of the North” but possibly also of the South; post- or decolonial, the debates still presuppose something fundamentally post-Enlightenment and heteronormative: the power of “becoming historical subjects” for the critique. But possibly lacking such a stance, can one ever produce a feminist critique? Can there be other forms of expression which are not “feminist” in the traditional sense (including the decolonial, intersectional), yet affirm something of a non-Anglo-European, nonheteronormative, non-Enlightenment-dependent modes of self? Can a stance like this ever become a “critique” – of what?

Yoko Arisaka was born in Japan but moved to the United States in 1980. She has received her Ph.D. in Philosophy from the University of California, Riverside (1996). She was Associate Professor of Philosophy in the Philosophy Department at the University of San Francisco (1996-2007). During Fall 1997 she was a CNRS research associate at the École des Hautes Études en Sciences Sociales in Paris. Since 2005 she lives in Hannover, Germany. She has been a Fellow at the Forschungsinstitut für Philosopohie Hannover (2009-11) and is currently a research associate on the German Research Foundation Project, “Histories of Philosophy in a Global Perspective” (Director Rolf Elberfeld) at the Institute of Philosophy at the University of Hildesheim, Germany (2019-2024). She was a visiting professor at Tohoku University in Japan (online) in Fall semester 2022. Her areas of research include modern Japanese philosophy (in particular Nishida), philosophy of race, feminism, political philosophy, and phenomenology. 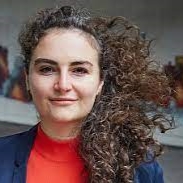 In 1994, Gayatri C. Spivak identified the post-Soviet region as a frontier of postcolonial thought and asked, in Other Asias (2008), “Will Postcolonialism Travel?” This presentation explores the resonances and divergences of postcolonial and postsocialist feminist critique through a discussion that analyzes and links ecofeminist imaginaries in Armenia, feminist punk art in Kazakhstan, and Indigenous challenges to environmental degradation in Northeastern Russia. Specifically, it will survey how feminist scholars and activists, in particular, stage postcolonial/postsocialist dialogues in resistance to war, extractivism, and occupation through close readings of recent feminist manifestos and statements such as, among others, “Statement of Solidarity with Protectors of Mauna Kea from AEF [Armenian Environmental Front] and Amulsar Protectors” (2019), “Against War in Quarabag: Decolonial, Antifascist and Ecofeminist Statement from Armenia” (2020), and “Appeal to Decolonize [the] Russian Federation” (2022). On this basis, I will reflect on feminist theories and practices that probe the possible meanings and limits of decolonization in contemporary West and Central Asia as a region that widely continues to be omitted – to the detriment of global political theory – from postcolonial studies and transnational feminist thought alike.

Veronika Zablotsky is a Postdoctoral Researcher in the Department of Philosophy at Freie Universität Berlin where she is part of the BUA-funded interdisciplinary consortium Transforming Solidarities: Praktiken und Infrastrukturen in der Migrationsgesellschaft. Previously, she served as a Visiting Professor of Gender Studies in the Department of Politics at Justus-Liebig-Universität Giessen and an Andrew W. Mellow Postdoctoral Fellow in the Sawyer Seminar Sanctuary Spaces: Reworlding Humanism at the University of California, Los Angeles. She completed her Ph.D. in Feminist Studies at the University of California, Santa Cruz (summa cum laude eq.) with a Designated Emphasis in Politics, Critical Race & Ethnic Studies, and History of Consciousness. Her research interests cluster around postcolonial and feminist approaches in political theory, critical refugee studies, and transnational diaspora studies.