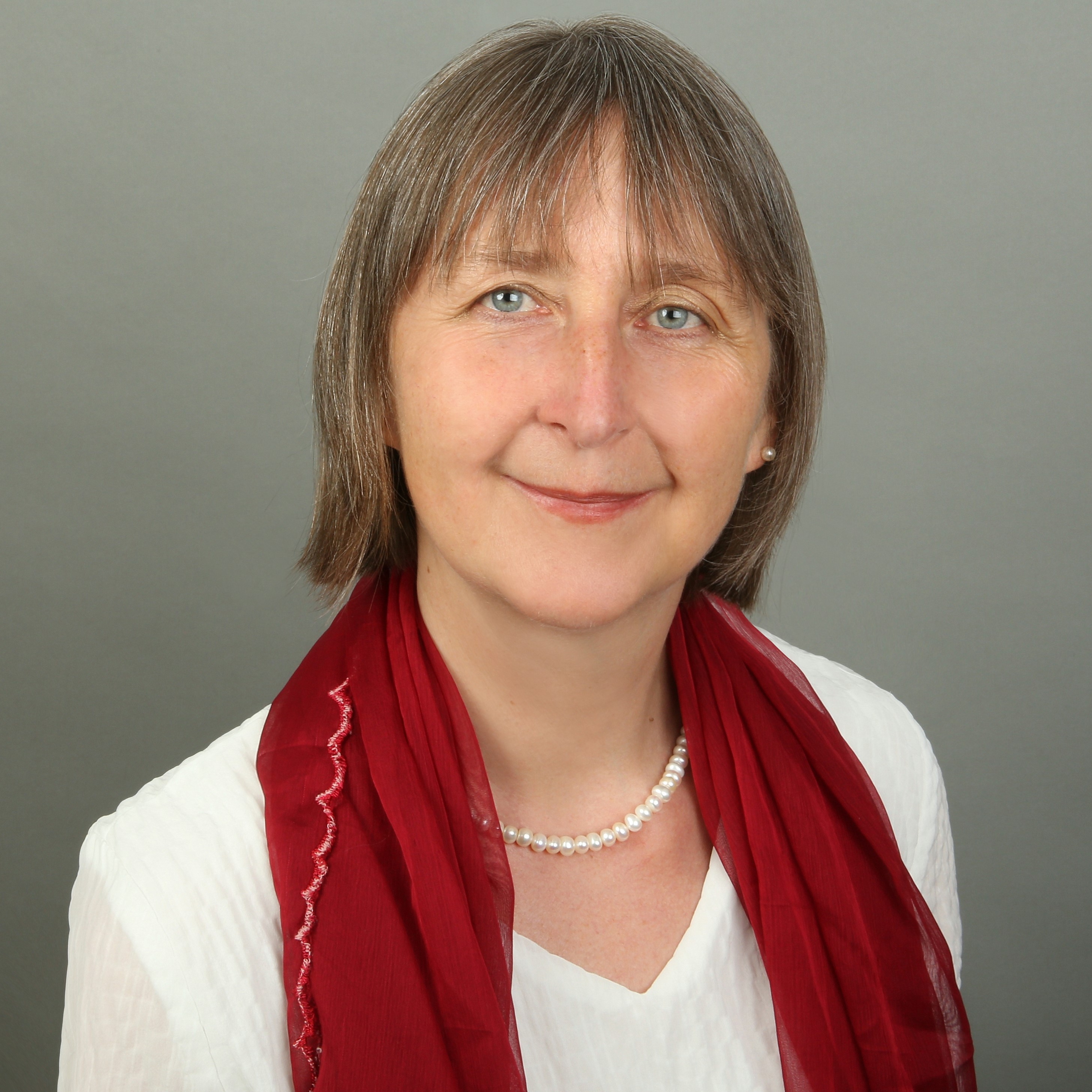 (Who May Speak About What in Decolonial Debates? - Talk in German Language)

Philosophy as a discipline slowly begins to face up to the challenges of an increasingly globalised world and the inevitable and difficult task of decolonisation associated with it - and is visibly struggling to do so. For it is not only the exclusion of philosophical traditions from different regions of the world from the history of philosophy as well as from current debates that is under criticism, but also quite fundamentally the claims to truth and universal validity associated with philosophical theories. Thus, a decolonisation of philosophy and its history does not simply mean an expansion to include theories and concepts from other regions, but goes to the heart of the philosophical work: analysing the epistemic framework of philosophy in order to unveil deeply rooted centrisms, racisms and sexisms. Can philosophy today then still begin light-heartedly with  'wonder' - without any concern for its own entrenchment in power structures? Is it still permissible today to deal exclusively with European or North American (male) philosophers? Can Kant be taught today with a claim to academic freedom without talking about the sexist and racist content of his work? And last but not least: Who is allowed to participate in the research and interpretation of (non-European) philosophical traditions and concepts? The lecture will focus on power structures and asymmetries in philosophical discourses and academic institutions - and, thus, on the controversial question of who is still allowed to talk about what today.

PD Dr. habil. Anke Graness has been managing director of the DFG-funded Reinhart Koselleck project "Histories of Philosophy in Global Perspective" at the University of Hildesheim since 2019. Previously, she led an FWF research project on the historiography of philosophy in Africa at the Department of Philosophy at the University of Vienna (2014-2019). She is a member of the editorial board of the journal polylog. Zeitschrift für interkulturelles Philosophieren, which she chaired from 2009 to 2013, and is currently Vice-President of the Society for Intercultural Philosophy (GIP). Her research interests include history of philosophy, philosophy in Africa, intercultural philosophy, global justice and feminist theory. Her publications include: Das menschliche Minimum. Globale Gerechtigkeit aus afrikanischer Sicht: Henry Odera Oruka (Frankfurt/New York: Campus 2011); Feministische Theorie aus Afrika, Asien und Lateinamerika. Eine Einführung (Wien: Facultas 2019, with Martina Kopf and Magdalena Kraus) and Philosophie in Afrika. Herausforderungen einer globalen Philosophiegeschichte. (Berlin: Suhrkamp Taschenbuch Wissenschaft 2022, forthcoming).

(Clearing up the Colonial Ensnarements in History - Talk in German Language) 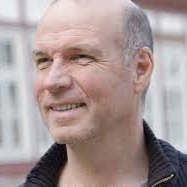 At the beginning of the 21st century, the process of decolonization has reached the university knowledge systems in Europe and the USA. Today, the philosophical classics of the European tradition and the humanities curricula at universities face a massive decolonial critique in which the connection between knowledge production and knowledge power is the focus of attention. The critique is directed primarily against the colonial ensnarements (Verstrickungen) of the European sciences, through which oppression has been legitimized, racism has been scientifically justified, and colonial claims to power have been underpinned. If one takes this critique seriously, then philosophically clearing up today must mean working through the histories of entanglement of thought in an individual as well as in a social perspective - beyond all national interests. Enlightenment today - based on various approaches of decolonial critique - must necessarily also be clearing up of the history of ensnarements. For each philosophical position and each historical time always presents, in addition to the high degree of entanglement with various historical and philosophical contexts, also blind spots and strategies of concealing and making invisible one's own weak points, figures of philosophical immunization against criticism brought forward, as well as forms of marginalization and devaluation of the foreign.

Rolf Elberfeld studied Philosophy, Religious Studies, Japanese Studies and Sinology in Würzburg, Bonn and Kyōto. He received his doctorate in 1995 in Würzburg and was a research assistant at the University of Wuppertal from 1997 to 2003. In 2002 he habilitated in Wuppertal and since June 2008 he is professor for philosophy of culture at the University of Hildesheim. His main research interests are phenomenology, intercultural ethics/aesthetics, philosophy of culture, philosophy of the body (Leib), history of philosophy in global perspective, decolonial philosophizing. 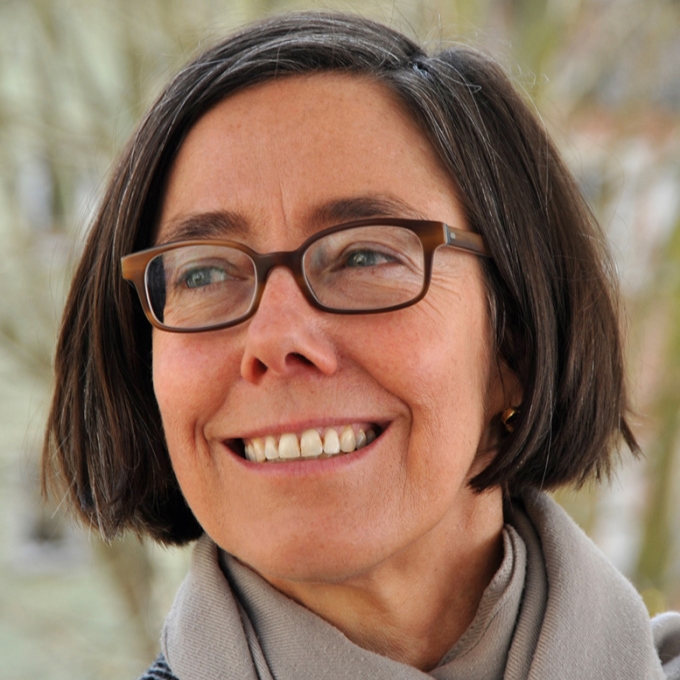 (How to Deal with Racism, Sexism and Anti-Semitism in European Philosophy? - Talk in German Language)

In the philosophical tradition there are passages and essays that (at least according to today's understanding) are to be judged as racist, sexist or anti-Semitic (rsa). It is philosophy's responsibility to work through this heritage again, for it is not only handed down in reception, but also used to legitimise rsa positions and corresponding policies. Moreover, rsa perspectives of philosophical history may still shape patterns of thought and institutional practices of our philosophising today. Previous studies often fall short when they deal with rsa accusations against philosophical theories in a person-centred way, disregarding both their historical and political dimensions. Frequently, such debates get stuck in apologetic or fundamentally critical statements and think they can conclude the discussion with a subsumptive judgement. Instead, the concrete effects of rsa within today's philosophical teaching and research should be reflected upon, questioning the strict distinction between philosophical and political responsibilities. Seen in this light, the demands of a (self-)critical history of philosophy would not be a task that can simply be handed over to philosophical-historical research, but would have to be considered as a political challenge of any current philosophising.

Andrea-Marlen Esser is professor at Friedrich Schiller University Jena since 2015, before that she held professorships at Philipps University Marburg and RWTH Aachen. She has been co-editor of the Deutsche Zeitschrift für Philosophie (DZPhil) since 2006, executive director of the Deutsche Gesellschaft für Philosophie between 2011 and 2017, and a member of the Kant Commission of the BBAW between 2008 and 2012. She is the editor of Kant's Critik der Urtheilskraft as part of the new edition of the Akademie Edition. Since 2022, she is the director of the Reinhart Koselleck Project with the topic "How to Deal with Racism, Sexism and Anti-Semitism in Works of Classical German Philosophy?". She is a member of the Transregio SFB 294 "Structural Change of Property", between 2008 and 2011 she was head of a subproject in the project network Tod und toter Körper and between 2012 and 2015 in the continuation project Transmortalität funded by the Volkswagen Foundation; Fellowships at the Alfried-Krupp-Kolleg Greifswald (2018-2019) and at the Max Weber-Kolleg Erfurt (2012-2013). 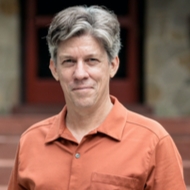 The Problem of Philosophical Euromonopolism. Some Western and East Asian Perspectives

In this paper I will address a still controversial meta-philosophical question: Is philosophy Western? Along with European philosophy, in the late nineteenth century the Japanese imported what can be called “philosophical Euromonopolism,” namely the idea that philosophy is found exclusively in the Western tradition. However, some modern Japanese philosophers, and the majority of modern Chinese and Korean philosophers, have referred to some of their traditional Confucian, Daoist, and Buddhist discourses as “philosophy.” In addition to surveying the history of and ongoing debates over this issue in the West and in East Asia, I will argue against philosophical Euromonopolism and for conceiving of the field of philosophy as dialogically cross-cultural.

Bret W. Davis is Professor and Higgins Chair in Philosophy at Loyola University Maryland in Baltimore, USA. He attained a Ph.D. in philosophy from Vanderbilt University and lived for more than a dozen years in Japan, where he studied Buddhist philosophy at Otani University and Japanese philosophy at Kyoto University, while practicing Zen at Shōkokuji monastery. He is the author of more than eighty scholarly articles and translator of numerous works from Japanese and German. He has published ten books, including his first co-edited volume, Japanese Philosophy in the World (Shōwadō, 2005, in Japanese), his first monograph, Heidegger and the Will: On the Way to Gelassenheit (Northwestern University Press, 2007), and most recently The Oxford Handbook of Japanese Philosophy (2020), Bipedal Philosophers (University of Tokyo, 2020, in Japanese), and Zen Pathways: An Introduction to the Philosophy and Practice of Zen Buddhism (Oxford University Press, 2022). He is the co-editor of two book series: World Philosophies with Indiana University Press, and Transcontinental Philosophy with SUNY Press.