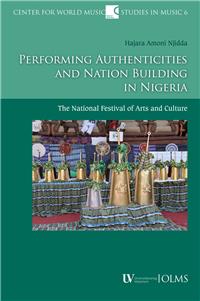 After the devastating civil war which lasted over 30 months (July 1967 – January 1970), the then head of state and commander in chief of the armed forces of the Federal Republic of Nigeria, General Yakubu Gowon initiated a national festival for the main purposes of reintegration and reconciliation between ethnic nationalities that fought on the opposing sides during the war. It was an opportunity to use culture to heal the wounds of the war by uniting the people but as time went by, it became a forum for creativity, talent hunt and cultural promotion.
The thrust of this publication is to examine the festival from the perspectives of performing authenticity, cultural nationalism, nation building and national identification which was continued to be shaped by prevailing socio-political as well as economic conditions.

The book can be purchased at the Webshop of the publishing house.